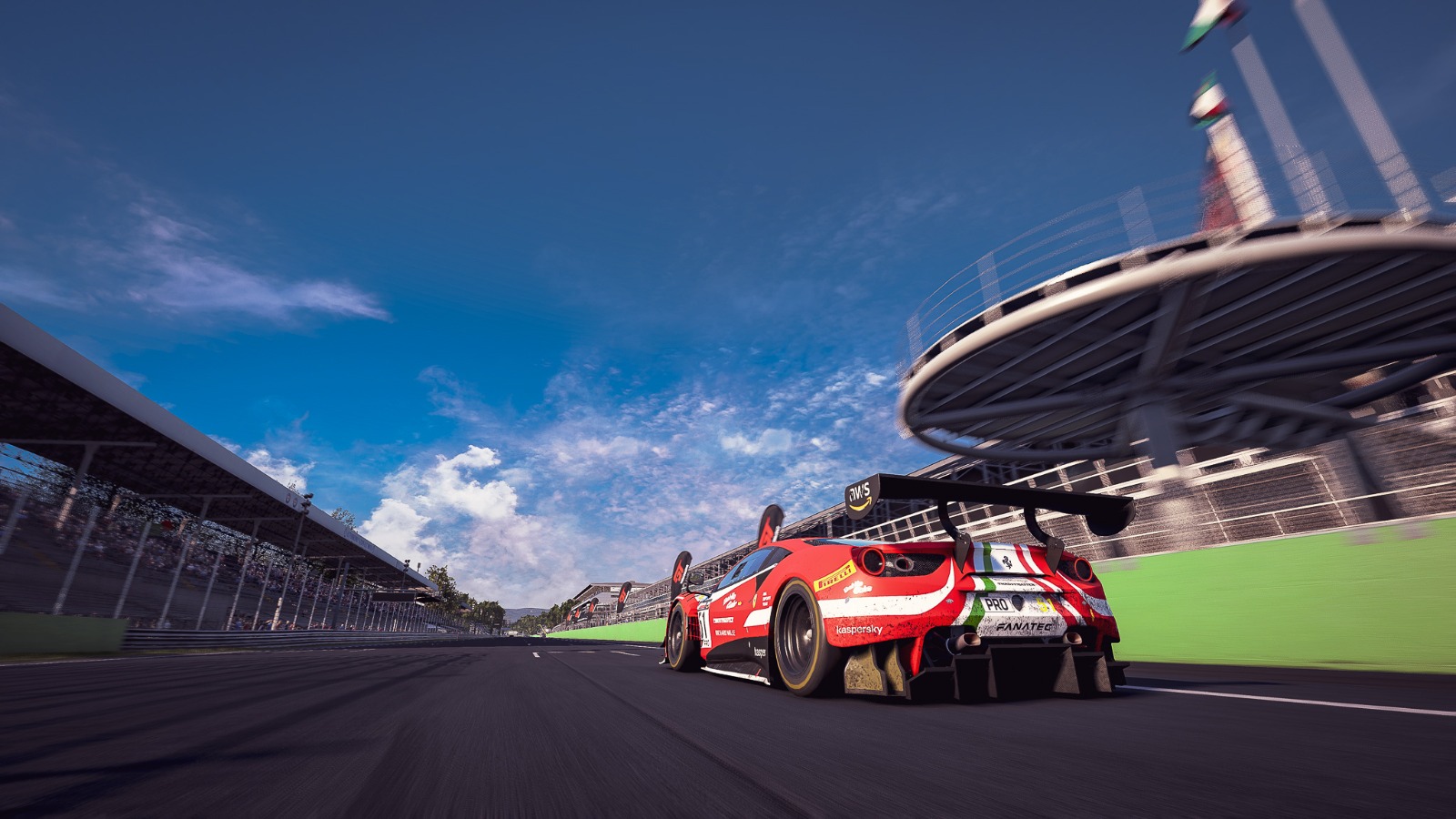 Tonizza and De Salvo capitalised on a perfect strategy to triumph in the three-hour contest, which was staged on Assetto Corsa Competizione, beating a trio of strong Porsche entries to the top step of the podium. Their success came less than 24 hours after Tonizza bagged the opening Sprint Series win on Friday evening, ensuring a perfect start to the season for the Italian esports outfit.

Indeed, the only accolade that the FDA crew missed out on was pole for Saturday’s Endurance Series contest. That went the way of Porsche squad VRS Coanda Simsport, which locked out the front row of the grid in qualifying. The #88 machine driven by Martin Kroenke took the start from pole, but there was an immediate change for the lead when the sister #18 car of Josh Rogers scythed past into the Variante del Rettifilo chicane.

Third-place starter Tonizza maintained his position in the #51 Ferrari and settled in behind the leading Porsches. As the race stabilised Rogers began to establish a gap at the head of the field, while Kroenke soon came under pressure from the chasing Tonizza.

The Italian found his way past for the first time shortly before the half-hour mark but was forced to hand the position back due to contact with his rival. He made a second move – this time without incident – 10 minutes later, drafting past the Porsche on the long start-finish straight.

Tonizza stopped on the one-hour mark and handed the #51 car to teammate De Salvo. The VRS Coanda Porsches pitted shortly afterwards, though both drivers elected to double-stint. De Salvo was able to close to within just over a second of Rogers during hour two, but the Ferrari did not get near enough to consider a move for the lead.

There was an even closer battle behind as Chris Hoeke harried Kroenke for third spot, the former having taken over from Samir Ibraimi in the #22 GPX Racing by Rennwelten Porsche. The chasing car had more than enough raw pace but lacked the top-end speed required to launch a pass into Variante del Rettifilo. With this in mind, it was no surprise to see Hoeke dive into the pits for the second and final time ahead of his rivals.

De Salvo was the next to stop and handed over to Tonizza. The Ferrari ace now needed to produce serious speed if he was to complete the undercut and challenge the #88 Porsche for top spot. Rogers pitted from the lead and handed to Paschalis Gkergkis for the closing stint, but the rapid Tonizza had done enough and took the lead into the first chicane. It was double disappointment for the VRS Coanda Simsport squad as Hoeke jumped into third ahead of Charlie Collins, who had taken over from Kroenke at the wheel of the #88 machine.

Now in clean air, Tonizza displayed the same speed that carried him to victory in Friday evening’s single-driver Sprint Series contest. The Italian built a lead of more than 11 seconds, a final result that belied the hard work and clever strategy required to seal top spot.

Gkergkis came home second for VRS Coanda Simsport, while Hoeke put another Porsche on the podium by finishing third in his GPX Racing by Rennwelten machine. The second VRS Coanda Simsport car was fourth, while the Jean Alesi Esports Academy Ferrari of Kamil Pawlowski and Danilo Santoro completed the top-five.

Unicorns of Love was the best Mercedes-AMG squad in sixth position, followed by a Bentley (#191 Racing Line Motorsport), a McLaren (#149 YAS HEAT) and a Lamborghini (#80 MCW Racing Team). The battle for the final point came down to the dying minutes as real-world British GT drivers Angus Fender (#89 BMW TEAM BS+COMPETITION) and Michael O’Brien (#23 Team Rocket RJN McLaren) went wheel to wheel. The BMW man just held on, despite intense pressure from the hard-charging McLaren.

Today’s race was the first of five long-distance Endurance Series events that will be staged as part of this year’s GT World Challenge Europe Esports Championship, with the next scheduled to be a six-hour contest at Circuit Paul Ricard on 5 June. The French track will also stage the second of 10 Sprint Series races on 11 June. Along with similar categories in Asia and America, the championship is organised by SRO Motorsports Group in partnership with Fanatec, Kunos Simulazioni, AK Informatica, Pirelli and The Sim Grid.