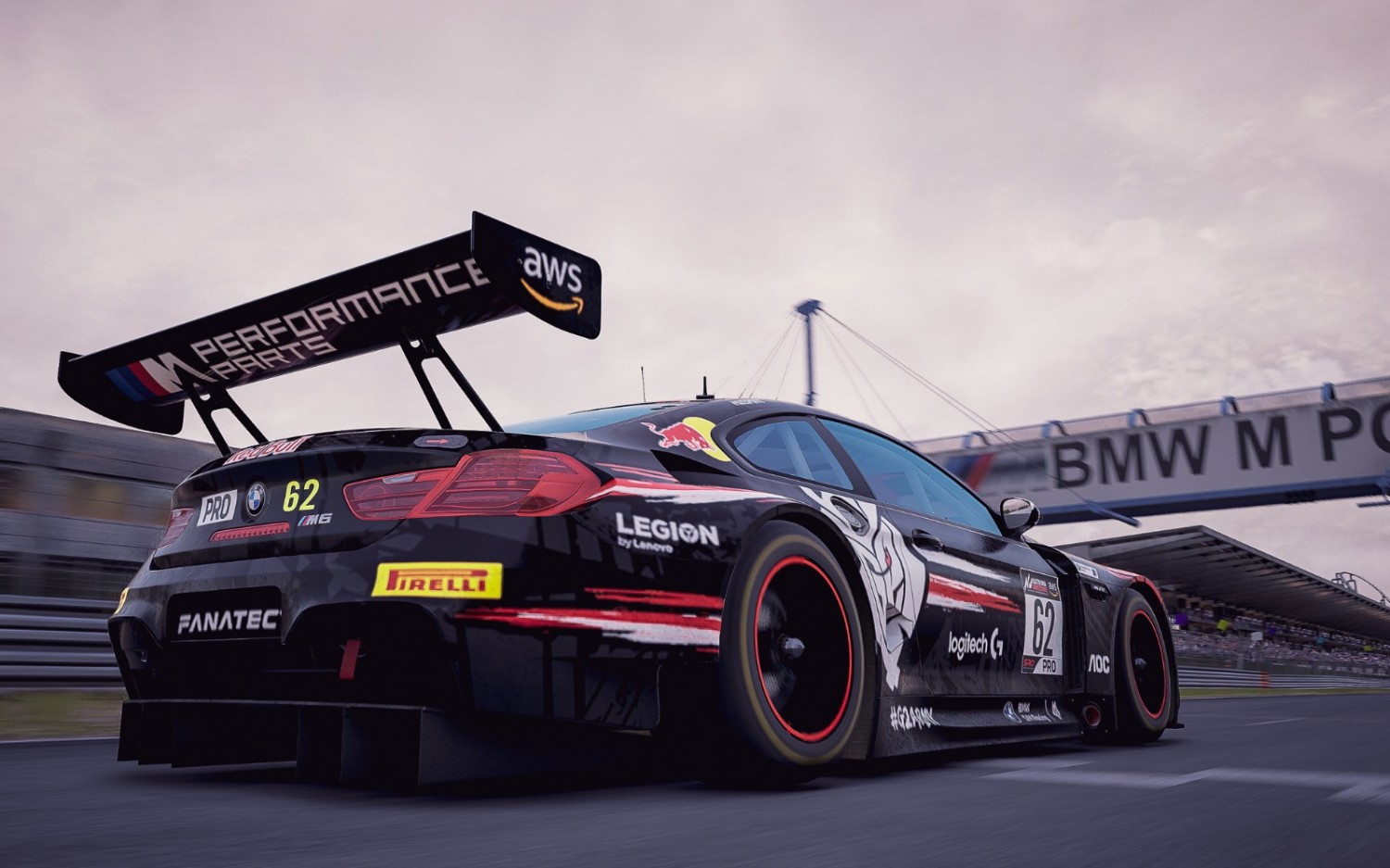 Aston Martin squad Unicorns of Love locked out the front row of the grid in qualifying, with Bastian Richter beating Tobias Gronewald to top spot by 0.201s. But their advantage did not last as Naujoks (BMW SIM Racing G2 Esports) made a lightning launch from fourth spot.

The BMW driver instantly jumped Baldwin (McLaren Shadow) and Gronewald, getting alongside Richter into turn 1 and holding the inside line for turn 2. He muscled past the Aston and into the lead, while Baldwin retained third by passing Gronewald.

Naujoks ran well in clean air, but he was not quite fast enough to gap the chasing pack and Richter stayed close behind throughout the opening stint. Baldwin was not far off in third spot, while impressive newcomer Niklas Houben (GTWR R8G Academy Audi) was fourth after starting 11th, followed by Mateusz Tyszkiewicz (DV1 TRITON RACING Bentley).

By mid-race Richter was arguably in the best position to snatch the win, but the pit stop window would prove to be his undoing. The Unicorns of Love driver stopped early, only to be released into traffic that cost him considerable time. When his rivals ducked in a few laps later, this proved costly.

Naujoks retained the lead, but as the order was re-established it was now Baldwin in second position. Richter’s woes did not end there as both Houben and Tyszkiewicz got ahead after making their stops. He was able to quickly pass the Bentley, but had no answer for the charging Audi driver.

At the front Naujoks soaked up the pressure from Baldwin, taking advantage of the M6 GT3’s prodigious straight-line speed to keep the McLaren in his mirrors. The BMW man was aided by Houben, whose performance grew more impressive by the lap as he cruised up on to the back of Baldwin.

Ultimately the McLaren Shadow driver could not risk a move, particularly with a significant haul of championship points on offer. Naujoks completed a fantastic showing by taking victory, albeit a mere 0.280s clear of Baldwin, with Houben a further 0.575s back in third to score the best result yet for an Audi in superb fashion.

Richter was fourth, the best Sprint Series result for the Unicorns of Love squad but less than was possible from pole position. Tyszkiewicz rounded out the top-five, followed by the leading FDA Esports Ferrari of Giovanni De Salvo and Arthur Kammerer in the second BMW SIM Racing G2 Esports entry.

The next three spots went to a trio of Unicorns of Love drivers, each in different cars: Lars Kisser was eighth in a Lamborghini, followed by Nils Klinkmüller in an Audi and the Aston Martin of Gronewald. Remarkably, Baldwin and De Salvo were the only top-10 finishers not to score their best result of the season tonight.

The most significant absentee from the top-10 was David Tonizza (FDA Esports Ferrari), who qualified alongside teammate De Salvo in 10th but was involved in contact at turn 1 and again during the second lap which left him well down the order. This was the first non-score this season for the Italian, whose once mighty championship advantage has quickly fallen away.

Indeed, Baldwin has closed to within six points of Tonizza having been more than 50 shy just a few races ago. Kevin Siggy remains third despite failing to score today, but is 41 off top spot and will need multiple wins if he is to truly challenge. Indeed, the title battle appears to be a two-horse race, though Josh Rogers (VRS Coanda Porsche), De Salvo and Naujoks also remain mathematically eligible.

Three events remain on the Sprint Series calendar. The next comes on 15 October at Imola, with hot-lap qualifying open from Monday 4 through Sunday 10 October. Further 60-minute contests at Barcelona (29 October) and Spa (12 November) will conclude the season and decide who is crowned the inaugural GT World Challenge Europe Esports Sprint Series champion.