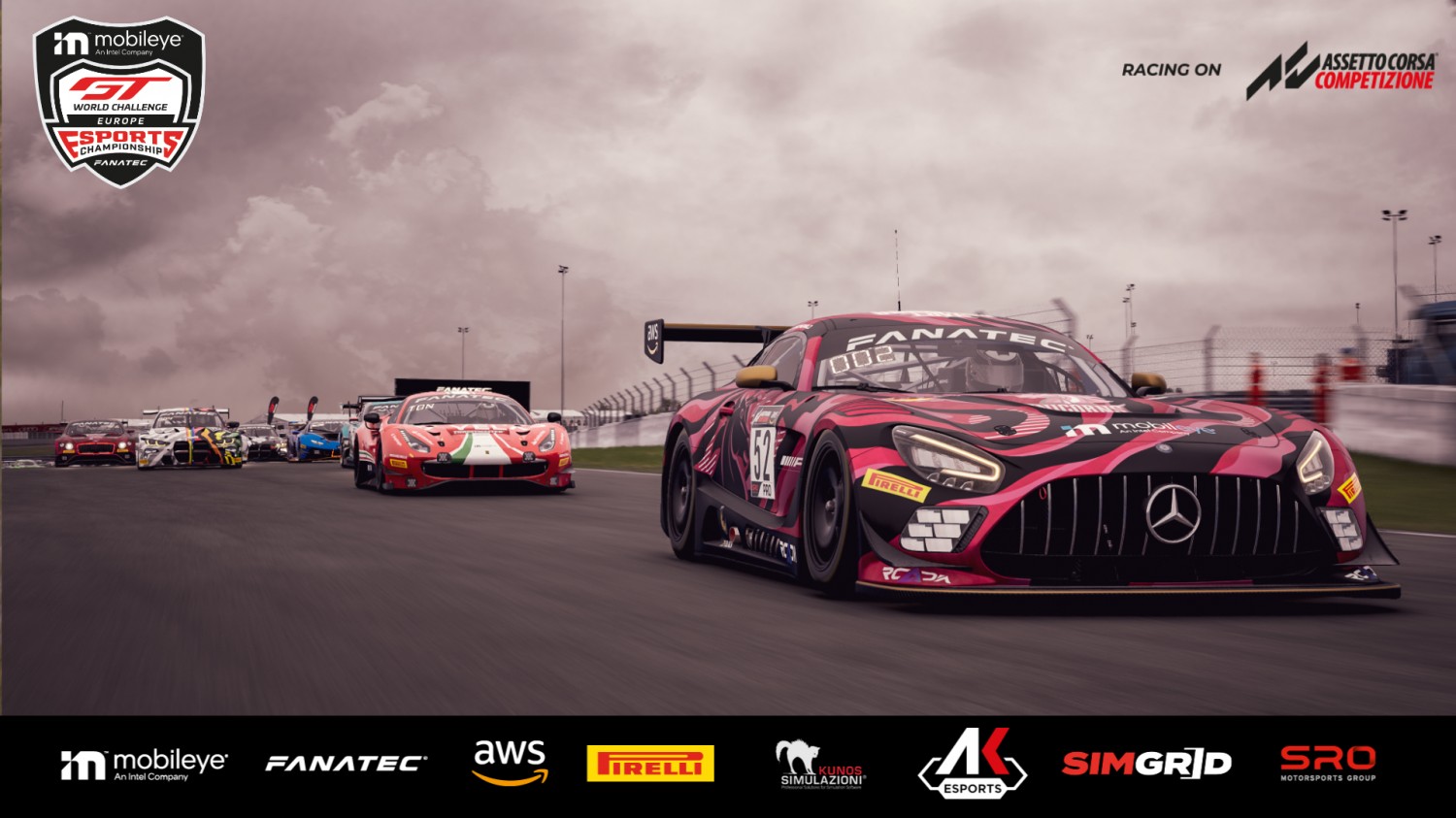 Dáire McCormack will look to strengthen his grip on the 2022 Mobileye GT World Challenge Europe Esports title tonight (6 July) when the championship stages its fourth and penultimate round at the Hungaroring.

The Irish driver holds an 18-point advantage at the top of the standings after guiding his Munster Rugby Gaming Bentley to a second win of the season last time out at the Nürburgring and could even seal the European crown this evening. That will be a tall order, however, with fierce competition at the front of the grid promising another epic Assetto Corsa Competizione contest at the tight and twisty 4.4km Hungarian venue.

Scuderia Ferrari Velas Esports racer David Tonizza sits second in the standings, but slipped 18 points back from McCormack after a difficult run to sixth at the Nürburgring. His qualifying form has been exemplary – Tonizza started the opening two events from pole and was second at the Nürburgring – so the Italian cannot be ruled out of the fight. Indeed, having won last season’s Hungaroring contest, Tonizza should fancy his chances.

The dark horse in this title race is Tobias Gronewald. The Mercedes-AMG E-Sports Team UOL driver sits third in the standings on 72 points with a pair of podiums to his name. Gronewald was on pole at the Nürburgring and while his race pace was not quite enough to overcome McCormack he has built a strong platform to fight for the championship.

James Baldwin’s title defence is still alive, but the Veloce McLaren man simply must beat McCormack if he is to have a serious chance of retaining his European crown. The same goes for Nils Naujoks. A runner-up finish at the Nürburgring gave the BMW Team BS+COMPETITION ace his best finish of 2022 and much-needed points after being taken out at Misano, but any hope of a title tilt rests on a big result at the Hungaroring.

It is difficult to see beyond the current top-five for the 2022 title, even if others are still in play. With 70 points left on the board Tinko van der Velde, Michael Tauscher, Jordan Sherratt, Arthur Kammerer and Maxime Batifoulier are mathematically eligible, but it would require a remarkable turnaround for them to challenge McCormack. There are also several big names still chasing a breakthrough result, including Niklas Houben, Samir Ibraimi and Dennis Schoeniger.

On one hand, it would be fair to say that Dominik Blajer has dominated the Silver class this season. The TRITON Racing Bentley driver has taken all three wins and frequently competed with the top Pro drivers. But, with Robbie Stapleford (BMW G2 Esports) finishing as runner-up on each occasion, Blajer’s advantage is only 17 points. Nevertheless, Stapleford must beat Blajer on-track if he is to have a serious crack at the title. Fabien Piffet (Team Fordzilla Bentley) and Mateusz Tyszkiewicz (TRITON Racing Bentley) also remain mathematically eligible, though realistically they are contending for the final step on the Silver championship podium.

A field featuring 50 of the world’s finest sim racers will fill the Hungaroring grid. As ever points will be scored towards both the Pro and Silver classifications, while the race will include a strategic element courtesy of a mandatory pit stop between the 15th and 45th minute. Live coverage is free-to-view on YouTube and Twitch, with streaming set to begin at 20:50 CEST.