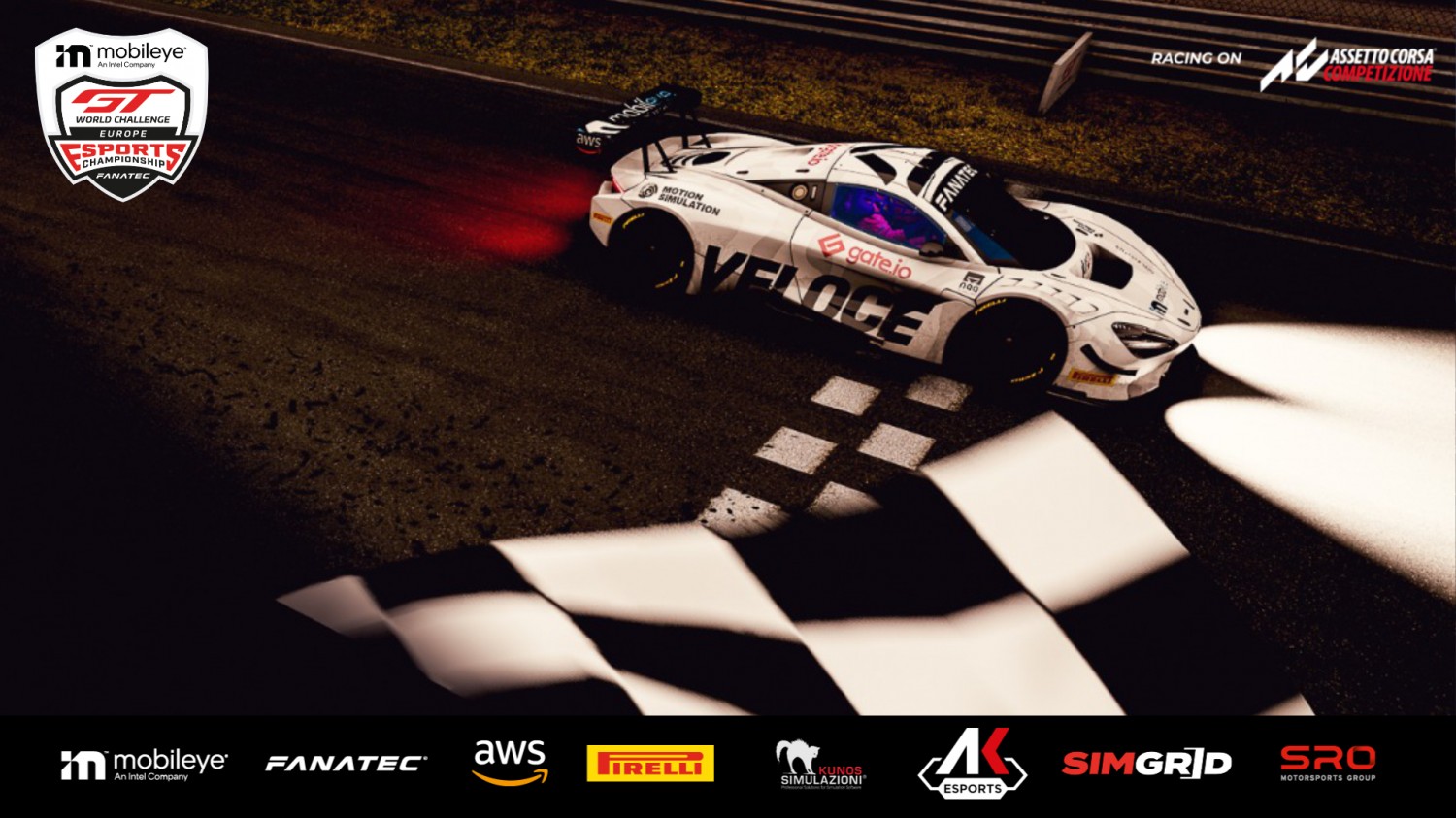 Baldwin back on top with perfectly executed Zandvoort victory

The Veloce McLaren driver started from second on the grid, lining up alongside David Tonizza’s Scuderia Ferrari Velas Esports Team entry in a race that was staged in the dead of night. The pair battled tooth and nail for the 2021 title and were at it again at the Dutch circuit, with Tonizza holding the advantage into turn 1 despite Baldwin getting a slightly better launch.

After initially pulling away the Ferrari soon dropped back into the clutches of the McLaren. Baldwin closed to within a few tenths of his old foe, but whether by choice or circumstance was unable to launch a serious move for the lead. There was a sense, however, that he was biding his time.

Tobias Gronewald (Mercedes-AMG E-Sports Team UOL) ran third during the opening stages, but the man on the move was Misano winner Daire McCormack (Munster Rugby Gaming). Starting from sixth, the Bentley driver was released on to the tail of fourth-place Michael Tauscher (Unicorns of Love Porsche) when Amir Hosseini made an early pit stop in his R8G eSports McLaren. McCormack quickly dealt with Tauscher, whose Porsche did not seem at ease throughout the Zandvoort race, then passed Gronewald with 25 minutes left on the clock.

In clean air McCormack was the fastest man on the track, transforming the battle for victory into a three-car contest. Sensing an opportunity, he became the first of the trio make his mandatory pit stop, pulling in with 20 minutes remaining. The Bentley driver had a chance to make the undercut work and pushed Baldwin to react, the McLaren man electing to stop just one lap later. He emerged a fraction ahead of McCormack, leaving Tonizza with no choice but to pit the next time around.

The Italian encountered traffic on his in-lap, however, and as he pulled out of the pits the McLaren of Baldwin edged ahead. This proved to be the race-winning moment, with Tonizza unable to live with Baldwin’s pace at the head of the field over the closing 15 minutes. The Veloce McLaren pulled away to win for the first time this season – and made a serious statement about his title defence in the process.

Tonizza spent the final laps under major pressure for McCormack, but after initially looking to be a cert for P2 the Bentley slipped back and was passed by Hosseini, who had made his early pit stop work to great effect. This smart strategic call could earn him a nomination for the Mobileye Innovation Award, which recognises drivers for their innovative moves and choices during each race.

It would not be enough to get Hosseini on to the podium, however, as the R8G McLaren ace had already been handed a five-second time penalty for contact after his stop. As such it was Tonizza and McCormack who sealed second and third respectively. The penalty dropped Hosseini to fifth, with Gronewald taking fourth in the final classification. Jordan Sherratt was a strong sixth for the official Automobili Lamborghini Esports squad, followed by Andre Franke (HPS JAS Pro Europe Honda) and Maxime Batifoulier (Mkers Mercedes-AMG).

Silver honours went to Dominik Blajer. Starting from class pole, the TRITON Racing Bentley driver led the early stages but entered the race with a 15-second penalty for causing a collision during qualifying. Yet such was the Bentley’s pace that he emerged from his pit stop close behind Robbie Stapleford (BMW G2 Esports) and Mateusz Tyszkiewicz (TRITON Racing Bentley) in the battle for class victory.

Stapleford led on the final lap, but there was multi-car contact between his BMW, the Tyszkiewicz Bentley and Tauscher’s Pro class Porsche. The result was that Stapleford slipped to third among the Silver runners, with Tyszkiewicz crossing the line ahead of Blajer. However with the Polish driver penalised for his involvement in the collision it was Blajer who claimed a second successive class win, completing a remarkable comeback from his pre-race penalty. Tyszkiewicz and Stapleford completed the podium.

Organised by SRO Motorsports Group and Ak Esports in partnership with Mobileye, Fanatec, Kunos Simulazioni, Pirelli and The Sim Grid, the Mobileye GT World Challenge Europe Esports Championship utilises the unmatched simulation of Assetto Corsa Competizione. The campaign continues next month with another 60-minute race at the Nürburgring (8 June). Tonizza holds a one-point lead over McCormack at the top of the standings thanks to a pair of runner-up finishes for the Ferrari ace, while Baldwin has climbed to third, 10 points shy of his Italian rival.